Are you a goat?

Now y’all know I tend toward the kinder gentler form of blogging, right?  Y’all know that my meemaw would not approve of me hollerin’ in public like some hick with rollers in my hair and a Marlboro hangin’ out of my mouth. Well, I’ve been asked more than a few times by some of y’all to stop being shy, to not be so damn polite and just speak boldly what I believe.

There are folks claiming to be Christians who feed on a heart-full of arrogant, ignorant, narrow interpretations of a dislodged handful of scripture. There are all around us, misogynistic, sycophant opportunists masquerading as self-proclaimed prophets. In my limited time on this blue ball, I’ve experienced these folks as more interested in cramming their world-views, justified by a murky interpretation of “holy” texts, down an already parched throat than they are willing to allow the Spirit of grace and love to permeate their lives and thus be cooled by the waters of honest and faithful dialogue where a posture of listening and questioning are the paddles that keep us moving in this journey toward The Center. One such individual had the tits to ask if I take Matthew 25 literally since that is “the heart of the social gospel.”  I figured a full post in reply was worth my time, and maybe yours.

Sister – you are wrong on your thoughts about more than a few things (yes, I have taken the time to read your blog). Though you are not wrong about Christians like Bonhoeffer, tenBoom and Stowe, you are dead wrong in your esteem for a people such as the Dobsons, Pipers, Spurgeons and Franklin Grahams of the world – how you can conflate the two types I am truly baffled.

Yes, I take Matthew 25 quite seriously and yes, I read it as one core element of the over-arching Narrative that calls me to speak up on the side of love for ALL people. But you are wrong if you think I take it literally – hell you do not really take it literally for if you did you would think it is actually and literally talking about  wooly little sheep and bristly old goats not an allegory about types of people -parables are not literal.   Yep, I read Matthew 25 and take it to deeply to heart and believe there are sheep and goats in the world  you just don’t realize I think you might be one of the goats.

It is time that more of us who see the goats masquerading as Christians lift the wool from their backs and reclaim the Gospel.

Next post  is a peppy little ditty for Advent and Christmas – I believe, help my unbelief (or the waiting is the hardest part)! 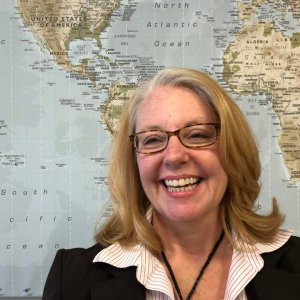